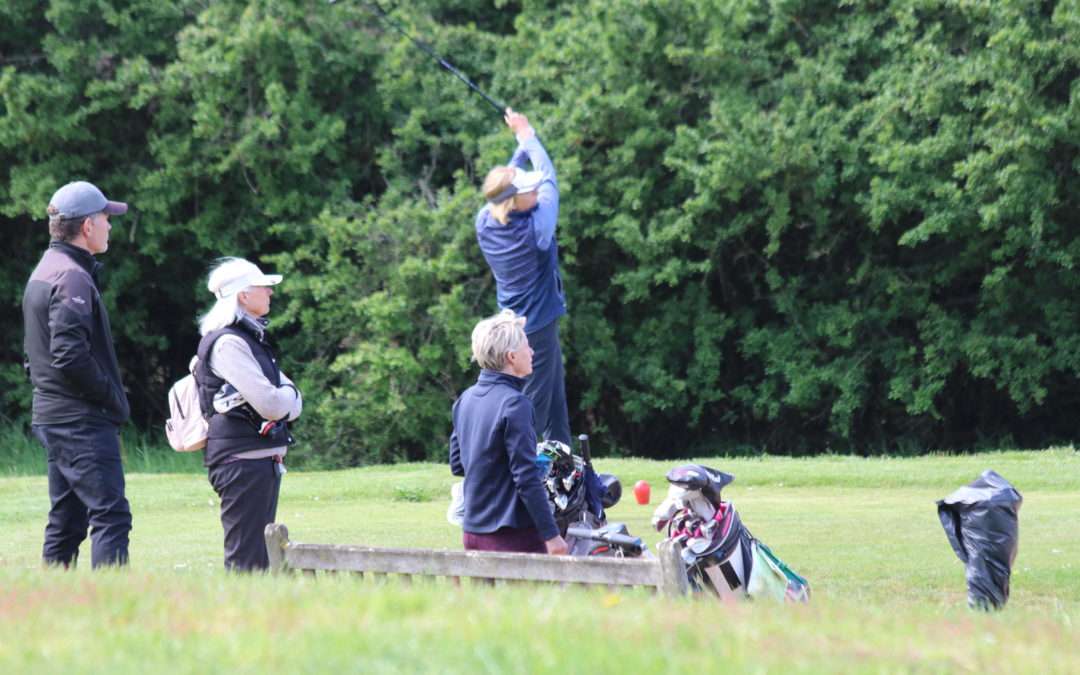 Fiona Edmond and Pippa Neall will contest the Final match tomorrow in the Seniors Championship being played at Thorpeness.  Fiona enjoyed a close battle against Sophie Warner finishing 3/1 while Ann Fosker lost a ding-dong match against Pippa by 3/2.

Edmond was just one up after seven holes, with a show-stopper coming at the third where she took her driver with a shortened grip and the shaft horizontal to the ground to hit her ball lodged three feet or so up in a bush.  According to the referee, it was an amazing shot which flew out but didn’t save the hole.  She ploughed on in determined fashion, winning seven, birdying eight and then won 10 to go three up. Sophie pressed on with equal persistence, bagging the thirteenth with a fine six-foot birdie putt to reduce the deficit to two. Fifteen was crucial when Fiona holed a 12-foot putt to remain two up.

Sixteen was halved and Fiona needed a half at seventeen to secure  a place in the final.  Sophie knocked her ball into a bunker and could do no better than a five.  Fiona won the hole and the match 3/1. This game was played at a refreshingly fast pace, eventually leaving the second game two holes behind. 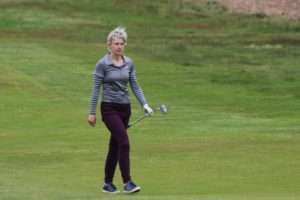 Pippa won five of the first nine holes to Ann’s three, turning at two up.

Ann won the short four twelfth reducing the deficit to one but couldn’t maintain the pressure.   She lost thirteen and fourteen, halved fifteen and lost sixteen giving Pippa the 3/2 result she was looking for.

Two close matches set up a promising encounter for the title and the trophy.  Tee-off time at 9.40 tomorrow morning.