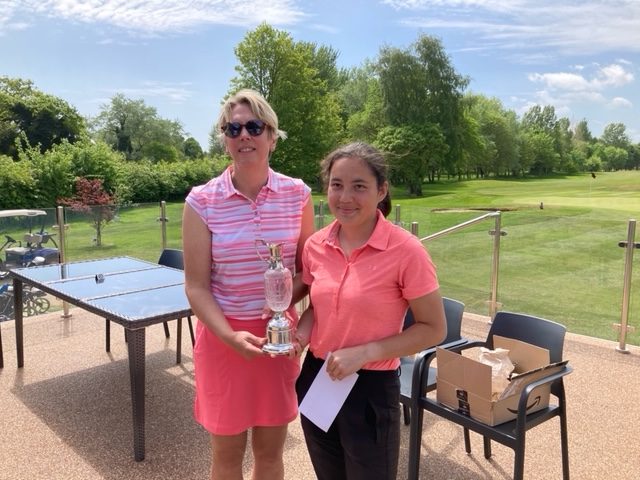 Twenty one players lined up to do battle in this year’s Ladies Championship held at Rookery Park Golf Club over 3 days.

At the end of Day 1 the 36 holes stroke play competition, which was played in challenging conditions, saw Alice Barlow lead the field finish first with a gross score of 150, which gave her a 4-shot lead over Amanda Norman who came in with 160.  The overall handicap competition was won by Juliette Coffey (pictured) with a nett 150, followed by her sister Melissa on 154.

The top eight scratch players progressed to Day 2 to compete in the Match Scratch Play Championship.  The semi -finals saw Alice Barlow beat Abbey Symonds and Lils James overcame Sharon Luckman to progress to the final to be played on Sunday 15th May.

Play will start at 7.56am (Alice and Lils) followed by Jasmine and Christiane at 8.05am.

It has all the promise of an exciting finale to a hard-fought competition.

X
We use cookies to ensure that we give you the best experience on our website. If you continue to use this site we will assume that you are happy with it.OkNoPrivacy policy