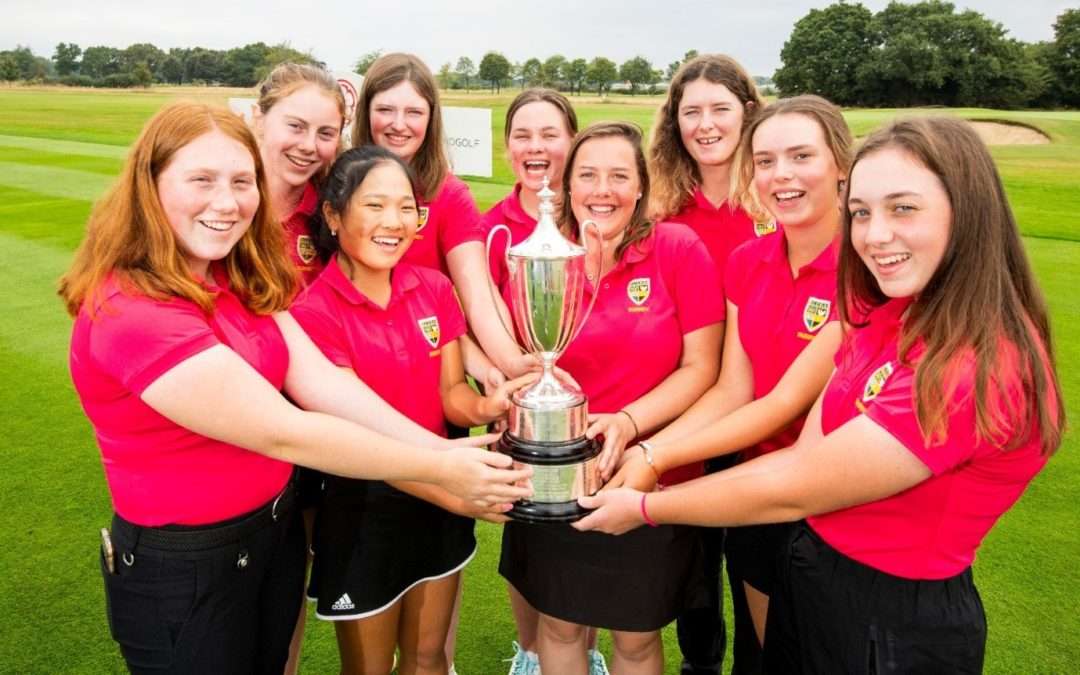 For the first time since 1997 Surrey’s women have managed to emerge as England’s top county to claim the Lady Katherine Cairns Trophy. It is the eighth time Surrey have claimed the title of English Women’s County champions.  In so doing, they defeated closest challengers Somerset and finished the finals week with a 100 per cent winning record.

The County Championship was held at Denham Golf Club in Buckinghamshire over 3 days, Friday 17th September to Sunday 19th September.

In a tightly contested County Match week in June 2021, Hertfordshire secured their place to represent the Eastern Region counties at the County championships. Sadly, this proved not to be their year and whilst they represented the Eastern Region valiantly and with great aplomb, they secured only one win.

Surrey opened the finals by beating Hertfordshire 3.5-1.5.  They then took down Yorkshire by 3-2 and followed that up with wins against Buckinghamshire (3.5-1.5) and Lincolnshire (4-1).  The final encounter was against Somerset with the odds heavily stacked in Surrey’s favour.  Somerset – with three wins from their four matches – knew that they had to win and restrict Surrey to just half a point from the two foursomes and three singles games in order to win their first ever county title.  Surrey, though, ultimately proved too strong for their nearest rivals.

Planning is already underway for 2022 and County Match week will be at Harpenden Golf Club; 19th – 22nd June 2022 – look forward to seeing you there!