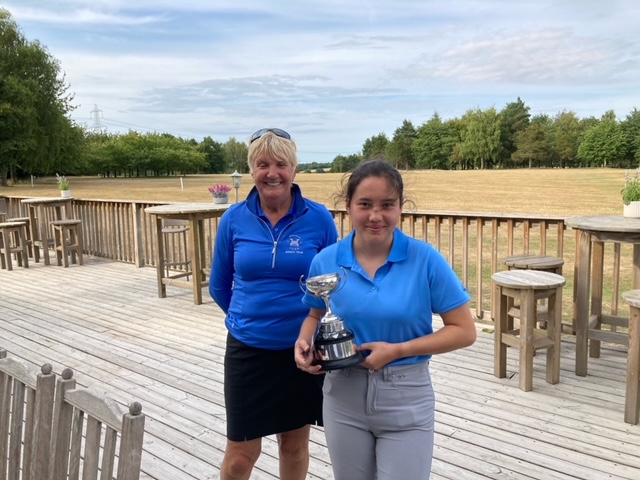 For the first time, the Suffolk Golf Union and the Suffolk Ladies County Golf Association Junior Committees collaborated to organise the Boys and Girls Championships to be played at the same venue on the same day. The championships were played at Hintlesham Golf Club and, in addition to a 36 hole medal competition, an 18 hole stableford competition was included for higher handicap players. 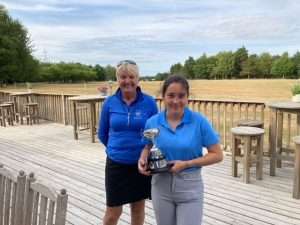 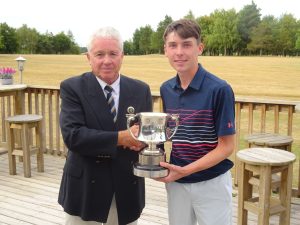 Both will represent Suffolk in the Champion of Champions event at Woodhall Spa later in the year.

The winners of the stableford competitions, with very impressive scores, were Abigail Hope (Bungay and Waveney Valley) with 43 points and Zachary Gandy (Aldeburgh) with 42 points.

A highlight of the day was a hole in one by Natasha Gregory (Ipswich) at the 6th hole in her afternoon round. She was presented with a certificate by Hintlesham Golf Club to recognise the achievement. 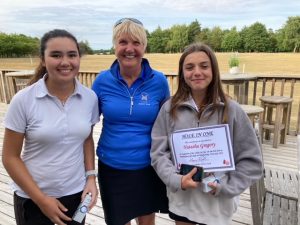 Many thanks for Hintlesham for hosting the event and the service we all received.