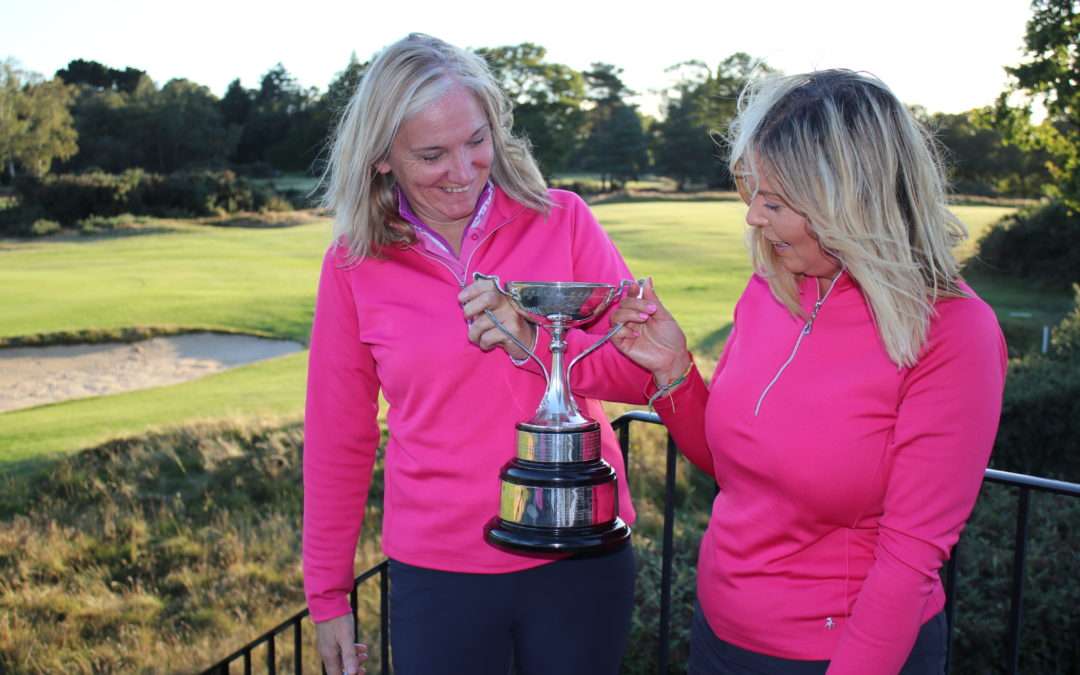 Following Saturday’s storm of biblical proportions, there was a collective holding of breath whilst we waited to see what the weather gods held in store.  We were not to be disappointed; a cloudy, dry Autumn Day beckoned and Woodbridge Golf Club played host to both the prestigious Haskell and Stearn Trophies.

Two pairs lined up to compete in the Haskell Trophy; a scratch foursome match play competition over 36 holes. Hannah Rees and Carole Bostock represented Rookery Park and Amanda Norman and Jo Woodward were flying the flag for Felixstowe.  The many spectators from both clubs were enthralled with the magnificent golf on display from all players on the front nine with players battling to overcome the tricky greens, made particularly difficult with the overnight rain; it was nip and tuck all the way. However, following an unfortunate accident on the 6th green during the first round Amanda injured her back.  Despite stoically carrying on to complete the morning’s play the afternoon session was a step to far and the match was conceded to Rookery Park on the 9th.

Commiserations to Felixstowe but well deserved congratulations to Rookery Park.  Whilst it was a sad end to what promised to be a nail biting final, the sportsmanship and camaraderie exhibited ensured that the game of golf was also a winner on the day.

After lunch, the teams lined up to do battle once more.  Although the sun shone the wind was now very much in evidence and it was to prove a challenge for both teams, both in seeking the fairway and managing the greens.  Once again, Royal Worlington led Felixstowe by 2:1. 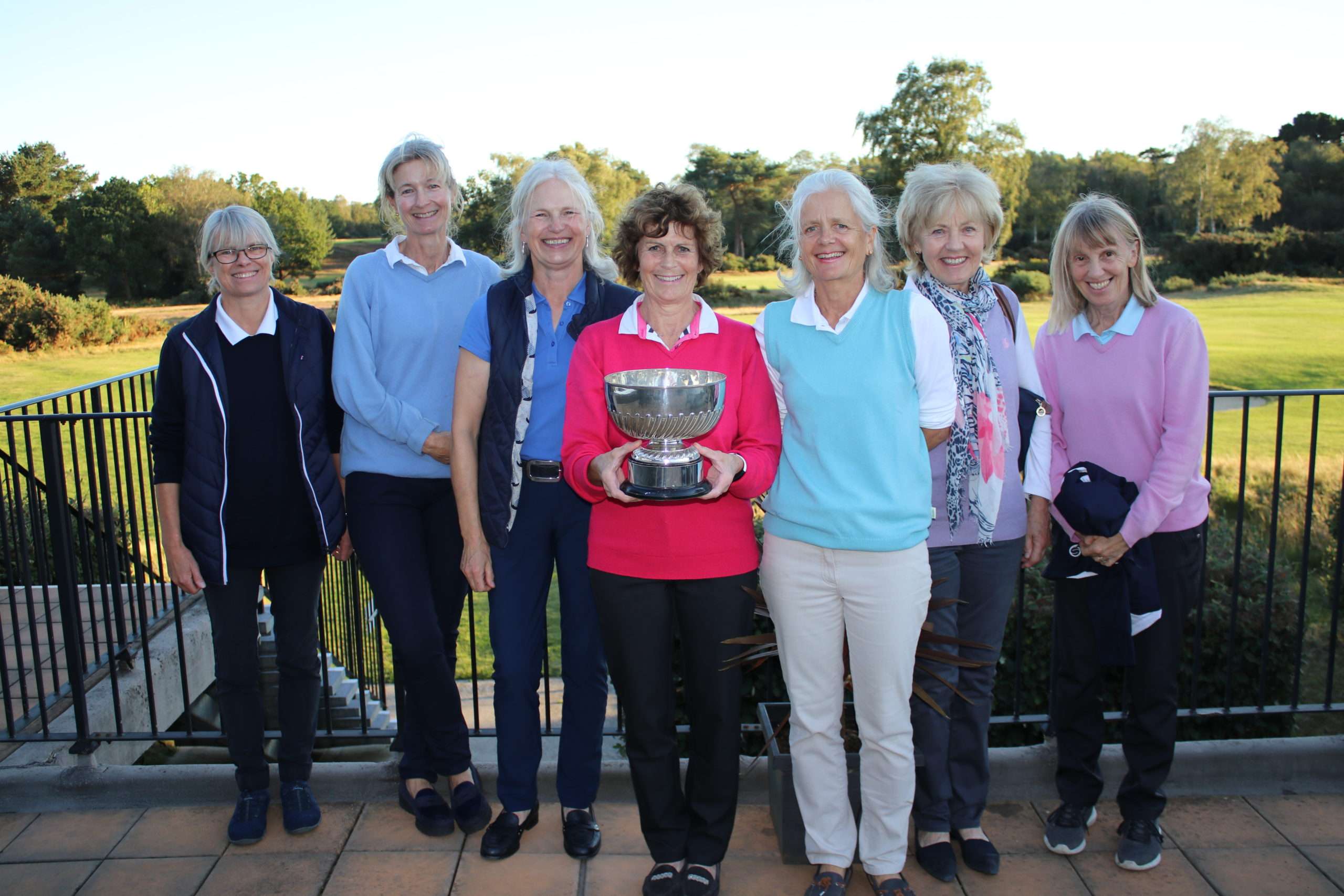 The overall result was 4:2 to Royal Worlington.

On the day, Royal Worlington were the better team and overcame Felixstowe Ferry Golf Club by 4:2.  Without exception, all games were played with extremely good spirit, grace and sportsmanship.

The course was filled with supporters from both teams who were extremely appreciative of the great golf displayed, regardless of their allegiance to a particular club.

In every competition, there are people working away behind the scenes to help the event run smoothly and our grateful thanks must go to the many people who have worked so hard to bring both competitions to a successful conclusion.  Grateful thanks must also go to Woodbridge Golf Club for hosting both competitions – players and spectators were full of praise for the hospitality displayed and the excellent condition of the course.